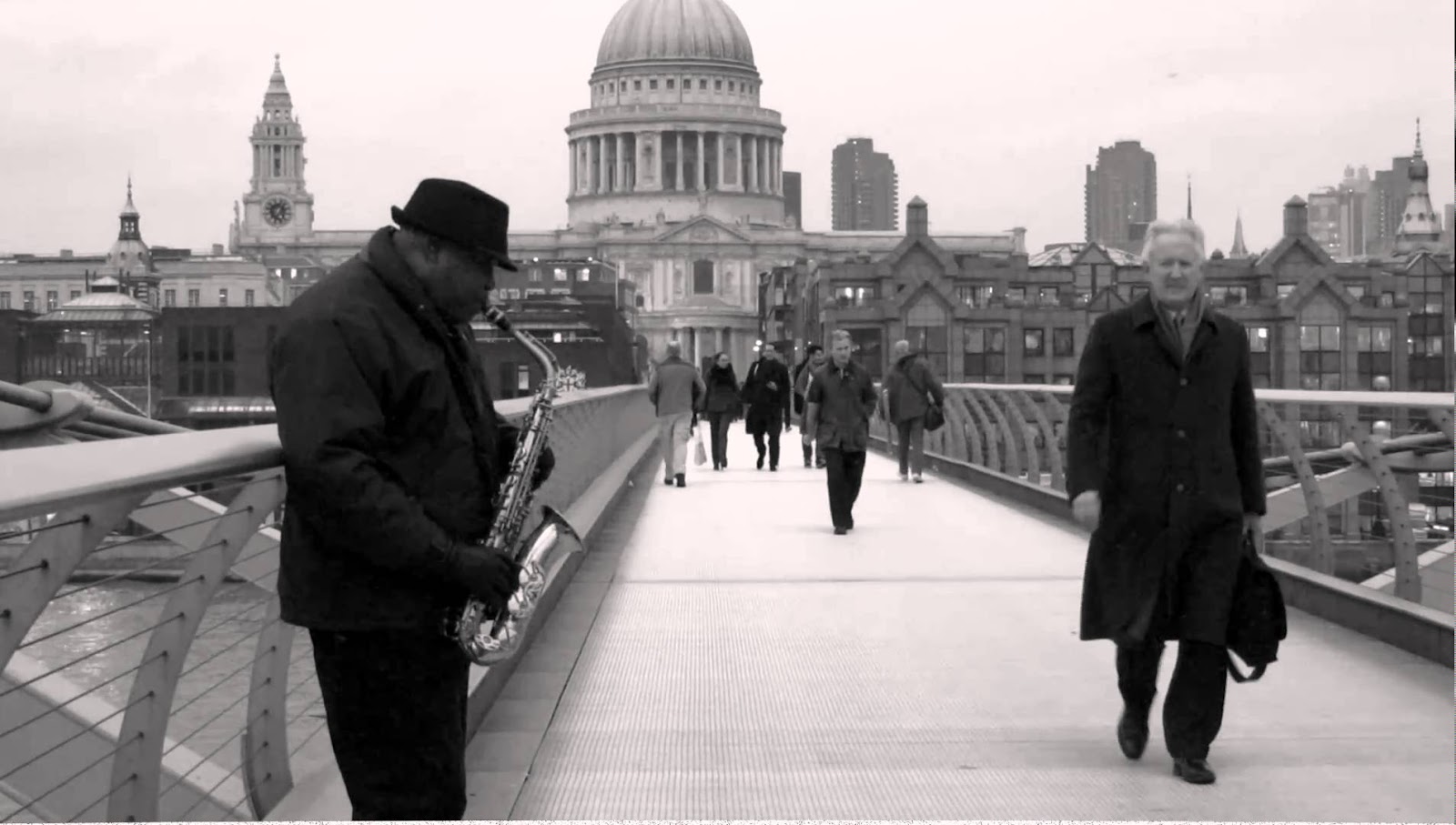 Getting Started with Busking

Probably the second oldest profession in the world is the simple act of performing, uninvited, in the hope of making a little money in the process.

Busking is a great way to improve your confidence as a performer, not to mention your playing skills.  Plus, if you're lucky, you might even make a little money.


But is it as simple as taking your saxophone to the city and starting playing?  Where do you start and what do you play?


Here's a few tips that I learned along the way.

I was born in San Francisco but moved with my family to Sydney, Australia, as a teenager.  My dad was the saxophonist David Van Kriedt who played with the Stan Kenton band and recorded with Paul Desmond and Dave Brubeck.


I too grew up playing sax but I was also a keen guitar and bass player, and spent many years performing and touring.  However after a long run touring overseas with my band, I found myself settling in London in 1999 with no contacts and no money.  I needed to get out playing fast and although I had never tried it before, I figured busking was worth a shot. 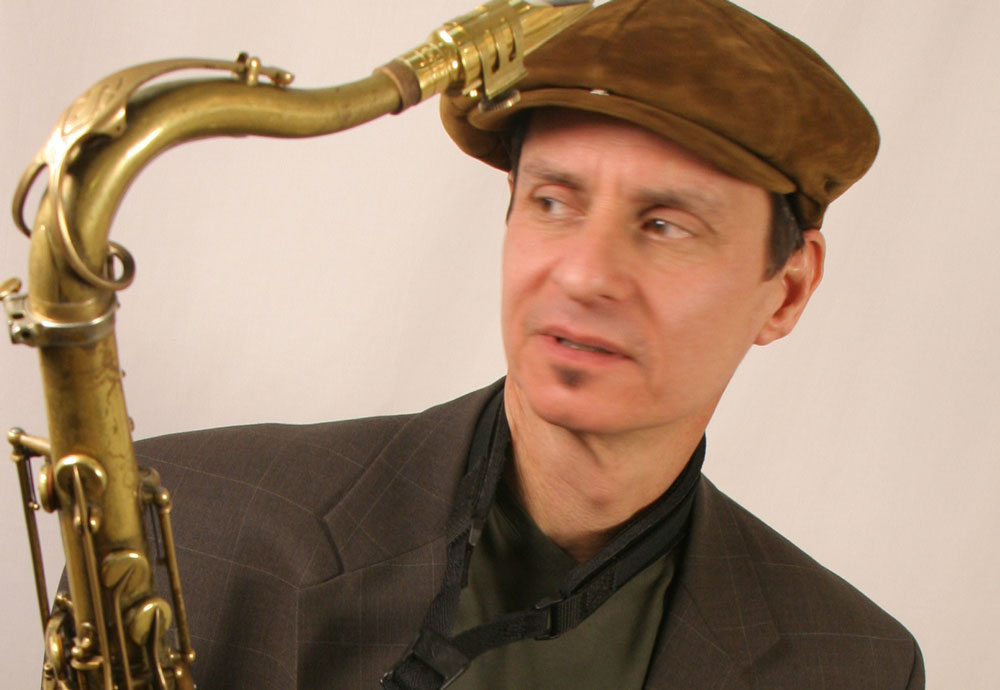 I had seen a brilliant violinist busking in the London Underground who was a great inspiration for me. He was a wonderful player, and really doing well for himself.  I figured I could do that too.  So, unsure what would happen, I took my sax to the Underground, pulled it out and started playing.


I found my feet pretty quickly and actually really got into it.  Although it wasn't long before I began getting involved in other projects, I enjoyed busking so much that I ended up spending the next three years busking nearly every day.


For me busking was a great experience that I got a lot from as a performer, both personally and musically.  It was during this time that I laid the foundations of my business www.jazzbacks.comwhich I run to this day.

If you want to try busking it’s important to know the rules.  Although I didn't need a permit at the time, these days many cities do have a permit system for buskers.  Check with your local council before heading out.  Often the council will designate certain pitches for busking and allocate time slots to the performers.  So do your research and get permission first if needed.

What will I play?

Busking is a simple equation:  entertain people = money.  People will let you know if they enjoyed what you played by what they put in your case.  So you need to play something that people can relate to, and generally speaking that means a melody.


Whatever your style of music, chances are you could make a short-list of tunes that have great melodies - that's a good starting point.


Remember that unlike a club or concert hall, sometimes you will only have about 15 seconds with your audience as they walk past.  So make it count.


Start by putting together a list of 5-10 tunes that you know.  Choose ones with clear melodies and, if possible, tunes that are more well known.   You don’t necessarily need a huge repertoire.  Remember, your audience are only with you for such a short time.  You might drive the shop owners crazy if you play the same three tunes all day long but chances are you won’t see the same passers by twice.


Of course it’s always best to be really prepared before you start playing, but it’s worth mentioning that after a day or two playing through your tunes, you will definitely know them well.

If you are able to choose where you can play then always go for somewhere with lots of people going past.   Remember, you are there to entertain your audience, so you’ll need a steady stream of new faces.


I often played at the bottom of one of the long escalators in the London Underground.  As you can imagine, I would literally see thousands of people in a day which was perfect as a busker. 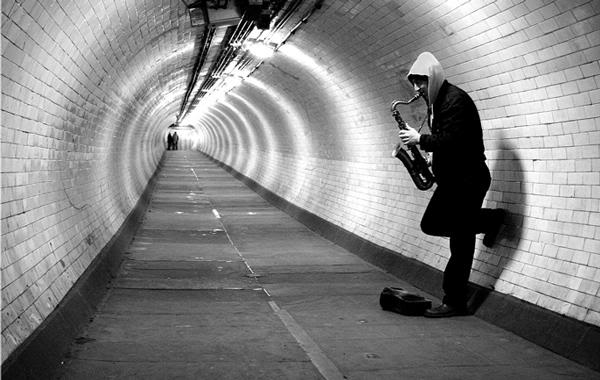 Another thing to consider is the acoustics.  Playing inside somewhere like the Underground is great for your sound and lets you play more quietly and concentrate on your tone.


Performing on a busy sidewalk or in a park is completely different acoustically, plus you may have other buskers to compete with.  Some people prefer the acoustics outside, plus, a busy corner of a park may work really well.


So, try a few different locations and see what works best for you.


But what will people think?

When I first started busking in London, although I had spent years performing already, I did find myself worrying about what people thought.  Plus, seeing so many faces all day long and trying to connect with each one was absolutely exhausting.


After a couple of days I decided to just enjoy what I was doing, relax and not think so hard about it.  By switching my thinking I had a lot more fun and actually got a better response from the audience.


The thing to remember is that people all around the world will respond to you better if you are enjoying what you are doing.  So, get in the zone with your playing , focus on you and enjoy it.  You can’t make everyone happy but if you are digging your playing, chances are lots of others will too. 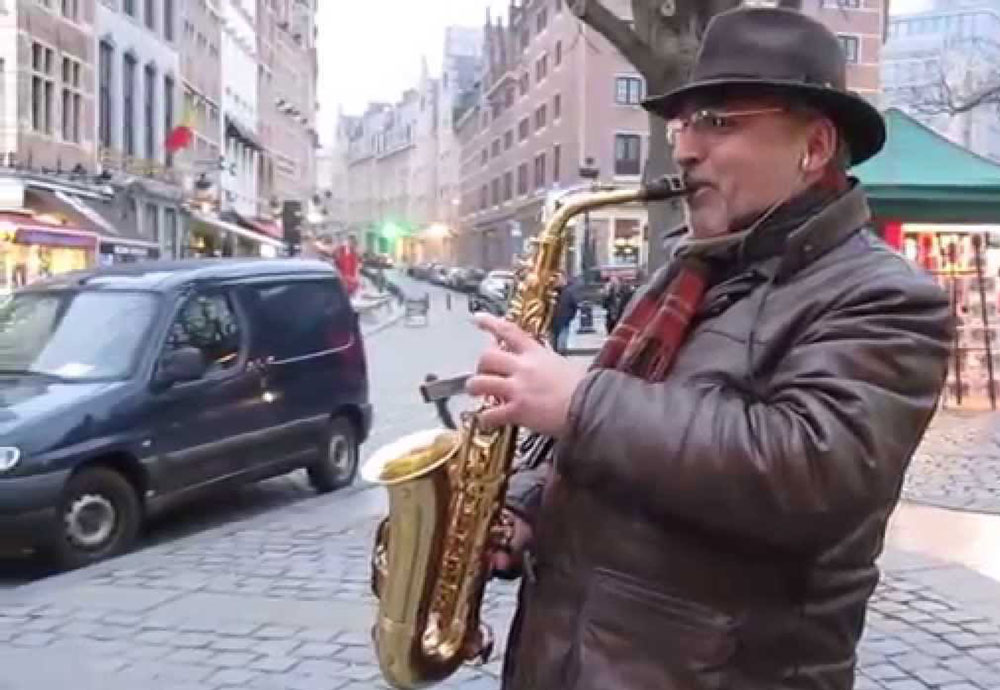 Although playing by yourself works okay, it’s a lot more fun to play along with some backing tracks.  My violinist busking mentor I mentioned earlier had told me this.  “Use backing tracks and you’ll treble your earnings,” he had said.  And he was right.


When I started out it was a lot harder to get hold of decent tracks to play with so I actually began making my own play-along tracks.  I had a lot of fun with those and it gave me more freedom with my playing too.   Plus, I think an audience can relate to you better with tracks behind you.


These days there are lots of places to get tracks online.  I always prefer tracks made with real players though.  It definitely keeps the sound real and vibey.

Shop for backing tracks made with real instrument and players.

I’ve met plenty of “serious” musicians who would turn their noses up at the idea of busking but I think it’s important to remember that playing music is all about connecting with people.  The audience you see when busking is a brilliant thermometer for what you are doing.  They have no preconceptions of you and will show you exactly what they think.  The busking “stage” welcomes anyone with the guts to have a go and those that do will be better off, simply for the experience and confidence it will bring you.


So, get rid of your preconceptions and have a go!


Larry Van Kriedt
Growing up in San Francisco with Paul Desmond and Dave Brubeck as family friends, Larry went on to be the first bass player with AC/DC in Australia and has toured the world with his own projects.   Now based in West Yorkshire, England, Larry runs one of the best online resources for “real musician” backing tracks - www.jazzbacks.com and sister site www.soulbacks.com.